Tonight we enter into one of God’s appointed times, the festival of Rosh HaShanah/Yom Teruah. It’s interesting that this festival is not listed in Deuteronomy 16, with the other festivals. Chapter 16 is very clear that Passover, Shavuot and Sukkot are festivals of joy and rejoicing. So what about Yom Teruah? Should we rejoice, or is it supposed to be a more sober time of introspection, leading up to Yom Kippur?

Teruah is a Hebrew word that means blasting or shouting. This sound is generally understood to be the sound of the shofar, but could also include the voice of a person crying out.

It’s interesting to look at what the blast of the shofar communicates throughout the Scriptures. It accompanied God’s presence descending on Mt. Sinai, caused the walls of Jericho to crumble, put fear into the hearts of Israel’s enemies and was the declaration of victory when God delivered Israel’s enemies into their hands. 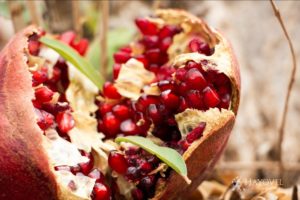 Time to coronate God the King in our lives

There’s one more use for the shofar, and this is the one I would like to focus on. I believe it’s the common thread that ties all the other uses together. 2 Samuel 15 and 2 Kings 9 tell us that the shofar was blown when a king of Israel was coronated. More than that, if we look at Psalms 47 and 98, blowing the shofar is directly related to declaring the Almighty’s Kingship.

The shofar blast at Sinai was God saying “Israel, I am your King.” When the walls fell at Jericho, God was showing the world that He, the God of Heaven, is the King of Israel. In 1967, Rabbi Shlomo Goren blew the shofar at the Western Wall, declaring to the world that God is King, and He has made Israel victorious over her enemies.

When a King rises to power, his subjects rally around him, and his enemies tremble and are afraid. Are you fully submitted to God? Have you declared Him as your King?

Yom Teruah is a day of shofar blasting – a day to coronate God as King of our lives. He is a merciful and gracious King! He is inviting all those willing to hear the sound of the shofar to accept Him as their King. Today is the day of salvation!

Zephaniah speaks of the shofar blast bringing judgment on those unwilling to submit to God. The enemies of God will be defeated at the sound of the shofar – at the coronation of God as King.

Perhaps this is why we aren’t directly commanded to rejoice on Yom Teruah. There are many emotions that take place when a righteous, holy, merciful king takes his throne: sobriety – seeing God’s righteous judgments; humility – because of God’s great mercies toward us; and joy – at being in His awesome presence.